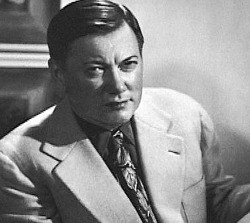 The 1927 Ralph S. Peer recording sessions in Bristol, VA/TN (Bristol is located right on the Tennessee/Virginia stateline) have been described as "the big bang of Country Music". They proved that recordings of folk songs and by rural traditional artists could actually sell and established the first commercially highly sucessful performers in that genre, The Carter Family and Jimmie Rodgers.

On July 21, 1927, Ralph S. Peer, aided by his wife Anita and two recording engineers named Echbars and Lynch, set up his portable recording equipment on the second floor of the Taylor-Christian Hat Company warehouse at 410 State Street and ran ads in the local newspapers advertising for local talent to be recorded on the spot for $50 a selection plus royalties of about 2.5 cents per side.

"Musicians from the region had been recording mountain music since 1923, but they had to travel to New York and New Jersey studios to do it. The Fiddlin' Powers Family from Scott County had already recorded several records. Henry Whitter, from Fries, VA, along with fiddler G.B. Grayson, had produced notable recordings, such as "The Wreck of the Old Southern 97." Ernest Stoneman of Galax, VA had become very popular with the enterprising record producer Ralph Peer as a musician who could bring the music of the southern mountain region to the studios of the north. 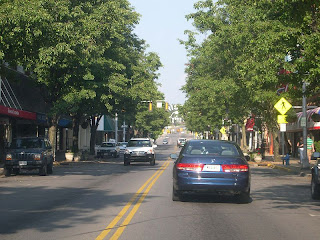 Peer recognized the possibilities of this mountain music sound. Record playing machines were becoming popular, both with electricity in the urban regions and with hand-cranks in the non-electrified areas of the country, and the technology of recording this music had developed so that portable recording studios were possible. Peer decided to pack the recording equipment into a car and travel to the southern Appalachian region and find new talent. He knew of the region and decided that Bristol, a thriving town on the Tennessee-Virginia border, was to be the first stop on the recording tour.

The mountains clearly held musical talent, and Peer simply had to find a way of drawing it off the front porches....  He... placed advertisements in local newspapers that announced the Victor Recording Company was coming to town. These notices were also inserted in the advertisements for the local dealer of the Victrola company, the Clark-Jones-Sheeley Co. at 621 State Street. Accompanying these notices were news articles stating that "In no other section of the south have the pre-war melodies and old mountaineer songs been better preserved than in the mountains of East Tennessee and Southwest Virginia...and it is primarily for this reason that the Victrola Company chose Bristol as its operating base..." The news articles also mention that in the previous year, Ernest Stoneman had received $3,600 in royalties from the records which he had made. In 1927, like today, money talked, and musicians who had struggled to make a living on the hillside farms and the coal mines decided that they were quite capable of making music like Stoneman, and they came to record in Bristol."
-- Dave Winship

Titles in bold can be downloaded with links provided below, addenda (missing titles) welcome! 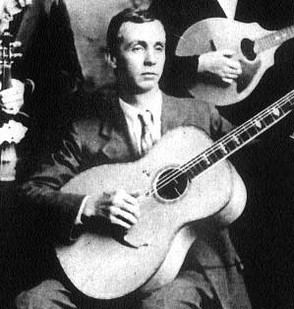 
Blind Alfred Reed: The Wreck of the Virginian, I Mean to Live for Jesus, You Must Unload, Walking in the Way With Jesus


TO BE CONTINUED and completed (hopefully)....
Eingestellt von fred_at_work um 01:30