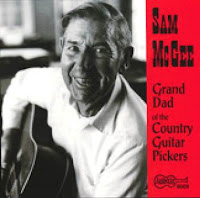 I first heard Sam McGee in the early 1970s on the excellent Arhoolie album "Grand Dad of the Country Guitar Pickers" featuring 1969/1970 recordings and became fascinated by his style of picking.

Over the years, I've been collecting whatever I could find of this guitarist, solo, as guitarist for Uncle Dave Macon, and with his brother Kirk McGee and fiddler Arthur Smith. 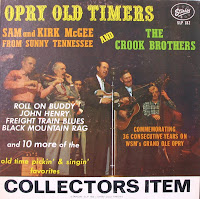