I first heard this barbershop-harmony style song on Doc Watson's album "Doc and the Boys" from the 1970s (reissued on CD along with "Live and Pickin'" and one bonus track) and have since tried to locate Doc's original source for that song.

In live recordings, like one from Rochester (I presume Rochester, NY) from the mid-1970s, Doc identfies his source as a record by a group called "Birmingham Boys" -- so far, I have been unable to locate a group by that  specific name.

However, there's a recording by the BIRMINGHAM JUBILEE SINGERS as the "BIRMINGHAM QUARTET" (Co 14154, recorded in Atlanta, GA, on April 23, 1926) which couples a song entitled "Southbound Train" with "Birmingham Boys", making it rather likely that this is the recording Doc is referring to.

A variant of the song was recorded under the title "Pullman Passenger Train" by the PULLMAN PORTERS QUARTETTE (Chicago, IL, 1927), another one by BRYANT'S JUBILEE QUARTET/QUINTETTE as "Southbound Passenger Train" in Richmond, IN, c. April 24, 1928, and once again (as "THE FAMOUS GARLAND JUBILEE SINGERS") in New York, NY, March 19, 1931, reproducing their 1928 arrangement note for note (even though the high tenor and low bass singers do not seem identical to those on the previous recording).

Nothing is known about the identities of the Pullman Porters Quartette, nor the unidentified group who performed a further variant in the 1931 Laurel & Hardy movie "Pardon Us". 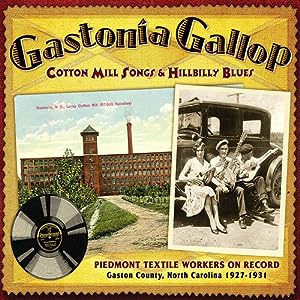 And to even further complicate matters, the song itself (not even mentioned in Norm Cohen's otherwise excellent Long Steel Rail: The Railroad in American Folksong) seems to be a variant of a song recorded by The Carolina Twins as "Southern Jack" (reissued on "Gastonia Gallop", but unfortunately, so far, missing from my collection).

01 He Took My Sins Away
02 Crying To The Lord
03 We Will Leave
04 Home In That Rock
05 Do You Call That Religion?
06 Southbound Train (as "BIRMINGHAM QUARTET")
07 Birmingham Boys (ibid.)
08 Pharaoh's Army Got Drownded


Any possibly still copyrighted items are posted here as EXCERPTS ONLY for "nonprofit educational purposes" (one of the criteria of "fair use", Copyright Act of 1976, 17 U.S.C. § 107).